A short History of St George's

St George’s Windsor has a rich and varied history

In this section we explore some of the principal themes in its development and the figures behind them. Simply click on the links on the right to discover more about the Foundation of the College, the Order of the Garter and a timeline of key events in the College’s history.

Foundation of the College of St George 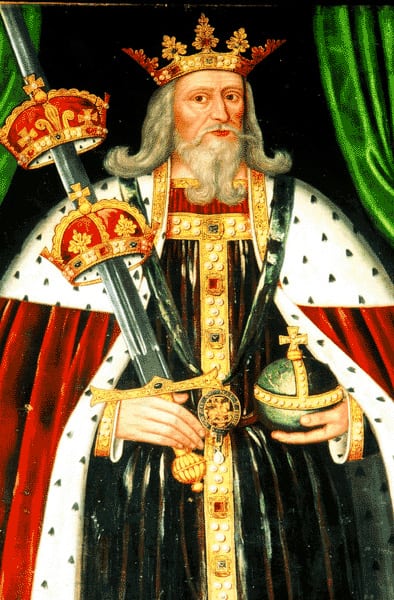 On 6th August 1348 Edward III founded two new colleges, symbols of his devotion and generosity to the church. These institutions, which were essentially communities of priests, were charged with celebrating divine service within the two political nerve centres of his realm.

Both colleges were constituted with a Dean and twelve secular priests, called canons, a numerical evocation of the number of Christ and his apostles. The Dean and each canon were also provided with a deputy, a vicar choral, who was responsible for singing services. Added to this group of twenty-six canons and vicars both colleges were also served by four clerks (professional singers), and six boy choristers besides a virger and two bell ringers. This composition directly compared to that of the Sainte Chapelle, the celebrated palace chapel of the French kings in Paris.
In each case Edward III’s new colleges were founded in relation to existing chapels. At Westminster this was the chapel of St Stephen, a vastly elaborate building directly modelled on the Sainte Chapelle in Paris. But at Windsor the college was attached to the Chapel of St Edward the Confessor. This building, constructed by Henry III in the early 13th century, now underwent a radical overhaul and was rededicated to the Blessed Virgin Mary, St George, England’s patron saint, to whom the king had personal devotion, and St Edward the Confessor.

The rededication of the chapel to include the soldier saint George is to be explained in terms of the king’s particular circumstances. At this time Edward III was actively pressing his title to the French throne and had recently demonstrated his remarkable military capabilities against the French at the Battle of Crécy. St George was not only an appropriate patron saint for the successful prosecution of his political ambitions in France but also for the values of knightly virtue that the king so admired. And it was in reaffirmation of Edward III’s interest in these that he associated a group of knights with the college, the Order of the Garter. There were twenty-five Knights of the Garter with the king at their head, a number intended to mirror that of the Dean, canons and vicars of the college. Moreover, just as each canon of the college had a deputy, so each knight was to have his. A so-called Poor Knight who was intended to stand in as a deputy for daily religious observance.

The two colleges founded by Edward III were amongst the most important and prestigious in medieval England but their subsequent histories have been very different. The combined circumstances of the Reformation and the abandonment of Westminster as a royal palace led to the dissolution of St Stephen’s in 1548. Its chapel survived, however, and served as the House of Commons until it was largely destroyed in the fire of 1834. But the Royal College of St George at Windsor continues to serve as home for the sovereign’s principal order of chivalry, the Order of the Garter.

About the College of St George