The King is Sovereign of all the British Orders of Chivalry, each of which is directly associated with a chapel where its members have their stalls. Such chapels exist within several major churches including St Paul’s and Westminster Abbey in London and St Giles’ in Edinburgh. St George’s, Windsor is associated with two such chivalric orders.

The Royal Family and the Order of the Garter 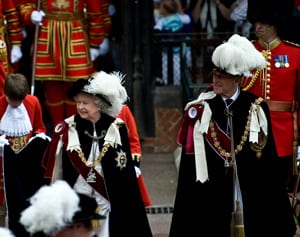 The King is Sovereign of the Order of the Garter, and each June he presides over the annual Ceremony of the Order. This comprises a luncheon in the Waterloo Chamber followed by an afternoon service in the chapel. The investiture of any new Knights takes place in the Garter Throne Room before the luncheon and they are formally installed within their place in the quire during the chapel service. 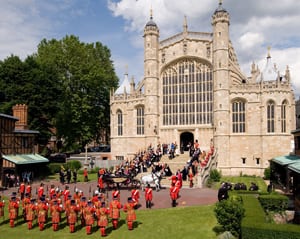 The late Queen Elizabeth II was declared a Lady of the Garter on 11 November 1947, a few days before her wedding to Prince Philip, Duke of Edinburgh. She succeeded her father as Sovereign on 6 February 1952.

The other Royal Knights and Ladies in the reign of Queen Elizabeth II have been: 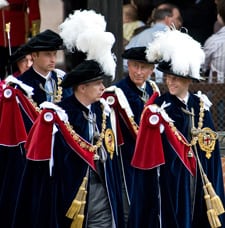 The Royal Family and the Royal Victorian Order

The Royal Victorian Order, which was founded by Queen Victoria on 21 April 1896 as a way of rewarding outstanding personal service.

The following members of the Royal Family hold the

HM The Queen, Sovereign since 6 February 1952