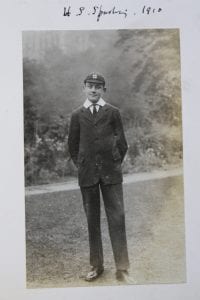 Though he had been shy during his years at St George’s School, Henry ‘Harry’ Stephen Spurling was later described as “a man of the best sort, with firm principles and unalterable desire to do his utmost, no matter what it cost.”

Spurling was a member of the choir between 1907 and 1909. Unfortunately, his career in the St George’s Chapel Choir came to an early end because his voice broke early. In January 1907 he joined the football team and in 1910, he was in the school play ‘The don of Aquadaluce’, playing a village blacksmith. The School Magazine’s self-appointed drama critic, A. R. Thorndike, called it a “splendid performance”. Spurling remained at St George’s School until 1910, winning the Scripture prize and leading the cricket team to great victories that year. Later, he was still remembered for a cricket match against Stoke House, when he achieved a score of 141 runs, 100 of which were gained in the first 55 minutes. The School Magazine reported: “We have never seen such rapid scoring in a boy’s match in the Home Park: it was really wonderful.” 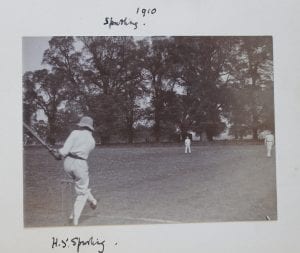 After leaving school, Spurling wanted to study railway management and right before the War he was working for the South Eastern Railway company. He tried to join the Army when the War first broke out but was rejected. He was then later admitted to the East Surrey Regiment as a lieutenant and sent to the front on Boxing Day, 1915. When he was on leave, Spurling visited St George’s School and he often wrote to them during his service in France. His letters were mostly requests for supplies for his men: scarves, cigarettes or food. In 1914, the School Magazine reports that the boys were already hard at work by Christmas Term: “…many of our soldiers and sailors will be the warmer for the numerous scarves which have been completed by our small army of knitters.”

Spurling fought alongside his men in 1915/16 in France at Ypres Salient. The impact of his service is apparent in his letters. At Eastertime 1916, from the B. E. F. in France, he wrote: “We are resting now after our first dose of trenches. My platoon was rather unfortunate: a ‘Minenwerfer’ caught us on the road; where it came from no one knew. It did enough damage however…” In Midsummer 1916, he was too near a shell when it exploded and suffered from shell shock, later recounting impact of the incident: “I sometimes jump out of my chair when someone shuts the door with a bang.”

Henry Stephen Spurling died of wounds sustained at Guillemont, during the Battle of the Somme, on 20 August 1916. His obituary was published in the School Magazine at Christmastime: “He was loved by all he came in contact with, and his men would have followed him anywhere… He was very proud of his men, and they would follow him willingly and gladly wherever he led them.”  Henry Stephen Spurling was barely twenty years old when he died. He left behind his parents, Stephen and Annie Spurling, and his many loyal soldiers and friends. He is buried in ‘La Neuville British Cemetery’ in France and commemorated on the War Memorial window in St George’s Chapel. 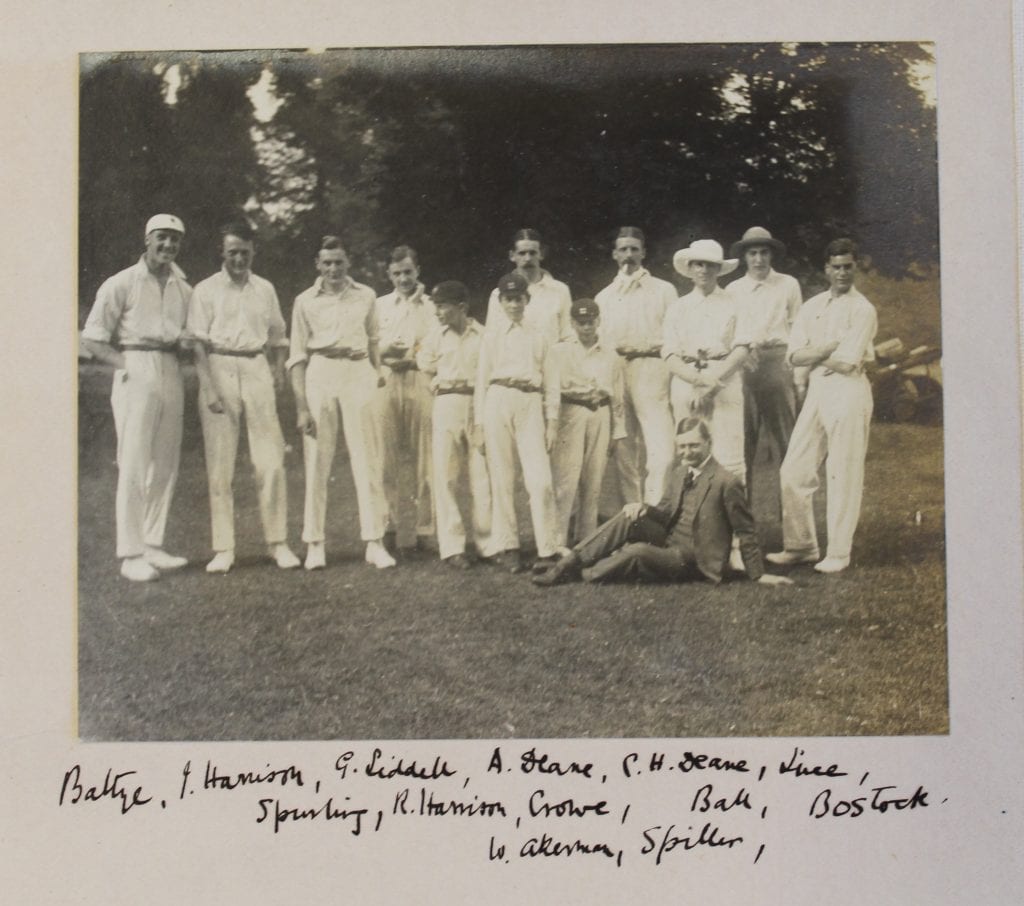