In 1869, when this Punch cartoon was published, the Dean and Canons of Windsor were embroiled in a lengthy dispute with the Board of Works about repairs and alterations to the west Castle wall during the restoration of the Horseshoe Cloister. The disagreement arose from the need to obtain permission from the Crown, which maintained ownership of the whole of the Castle wall, to increase the number and size of the windows built into it, and, more significantly, concerned the question of liability for the costs of repairing the stonework. Documents in the St George’s Chapel reveal the length and intensity of this dispute. However, the inclusion of this cartoon in one of the folders [SGC XVII.61.13] suggests that at least one of the parties at Windsor, whether the Dean, one of the Canons or the Chapter Clerk, maintained a sense of humour.

In the cartoon, drawn by John Tenniel who is best known for illustrating Lewis Carroll’s Alice’s Adventures in Wonderland and Through the Looking Glass, an official from the Board of Works, the Beadle [‘(B)aedile’], is revealed as a philistine not interested in art [‘hart’], sculpture, gardens nor architecture but only in taking ‘care of the money’. One gets the impression from his Scrooge-like posture, that his interest in money is restricted to refusing to issue it. His name ‘Mr Ay-t-n’ [Hating] also indicates the unhelpfulness of his character, whilst on his Beadle’s staff is engraved the word ‘retrenchment’.

The Dean and Canons had experienced the miserliness of the Board, which was reluctant to approach Parliament for adequate funds towards the repair of the Castle wall, and had suffered from the apparently obstructive behaviour of the Secretary of Office of Works with regard to the proposed designs. Meanwhile, the Board objected to the fact that the Dean and Canons had failed to comply with agreed schemes on more than one occasion and had caused damage to the Castle walls by the insertion of the new windows. How could they expect all the works to the wall to be funded by the government? The scope of the dispute was widened when Scott’s restoration work was extended to the present No.23 The Cloisters [a house also known as Marbeck], in 1871, which involved alterations to the north Castle wall. By the end of 1871 relations had become unworkable and on 23 October 1871, the Board of Works sent a letter to the Dean suggesting the appointment of an arbitrator to try to resolve ‘the irreconcilable difference’ which had arisen between them over the repair of the walls. By November 1871 the Dean was receiving letters from solicitors and the following month he sought the advice of the architect, George Gilbert Scott, on the legal issues. However, it seems that the Dean and Canons won their case in the end without resorting to arbitration since, on 14 March 1872, a letter was sent to the Dean from 10 Downing Street assuring him that:

A letter will be written from the Treasury to the Board of Works today authorising the First Commissioner “to undertake the repair of the outer wall of the Castle without calling on the Dean & Chapter to contribute”. [SGC XVII.13/134] 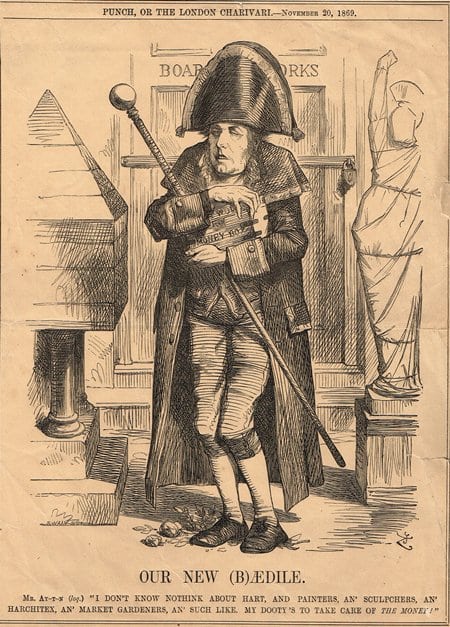