Sunday 27 October is the 500th anniversary of the death of Lord Roos. George Manners, 11th Lord Roos died in 1513 and is buried alongside his wife Anne (who died thirteen years later) in a chantry chapel on the north side of St George’s Chapel. 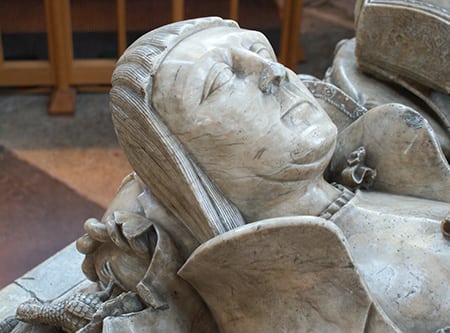 Their son was later to become 1st Earl Rutland hence the chantry chapel being known as the Rutland chantry. The chantry was founded by Anne’s parents who were sister and brother-in-law to King Edward IV. The tomb is made of alabaster and depicts the two figures with their hands in prayer. Lord Roos’ head rests on his large helm which has a peacock crest.