Display to mark the centenary of the birth of the late Prince Philip, Duke of Edinburgh

From 24 June 2021 there will be a small exhibition of archival material and historic photographs in the south quire aisle to celebrate Prince Philp’s service to society, his support of St George’s Chapel and his role in the foundation and development of St George’s House consultation centre. The Duke of Edinburgh was installed as a Knight of the Garter in St George’s Chapel in 1948 and marked many public and private occasions here. In 1961 His Royal Highness commissioned some music from Benjamin Britten for the choir of St George’s Chapel; the resulting Jubilate in C has been sung in the Chapel on many occasions since that time; it was included in his funeral service on 17 April 2021. 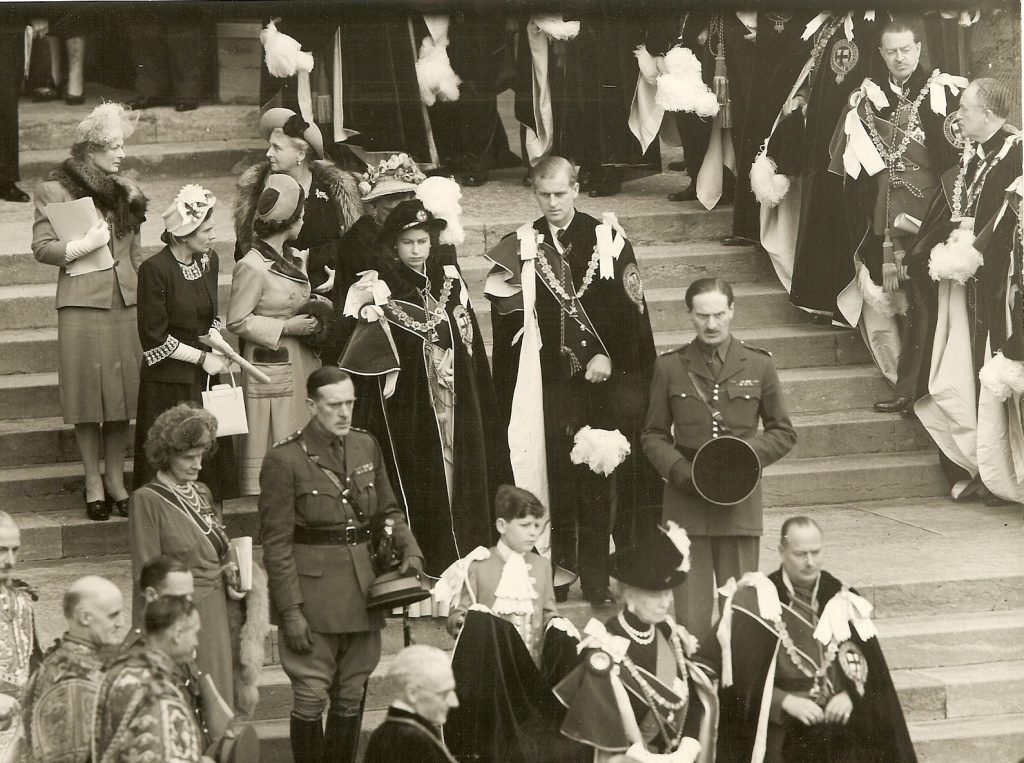 St George’s Chapel is open to visitors on Mondays, Thursdays, Fridays and Saturdays from 10am to 4pm (Windsor Castle charges apply https://www.rct.uk/visit/windsor-castle). The dates of this small exhibition mirror those of an exhibition in the State Apartments of Windsor Castle entitled ‘Prince Philip : A Celebration’- click here for detail. The Castle & Chapel audio visual guide will include some extra sections linked to the centenary of Prince Philip’s birth for the period of the exhibitions.