42 boys from 29 schools travelled to St George’s to participate in ‘Chorister For A Day’ on 8 February. Part of the programme of chorister recruitment, this exciting event saw an unprecedented number of applicants from across the Home Counties and Greater London. The day began for the boys and their families at St George’s School before moving to St George’s Chapel and the Lower Ward of Windsor Castle. 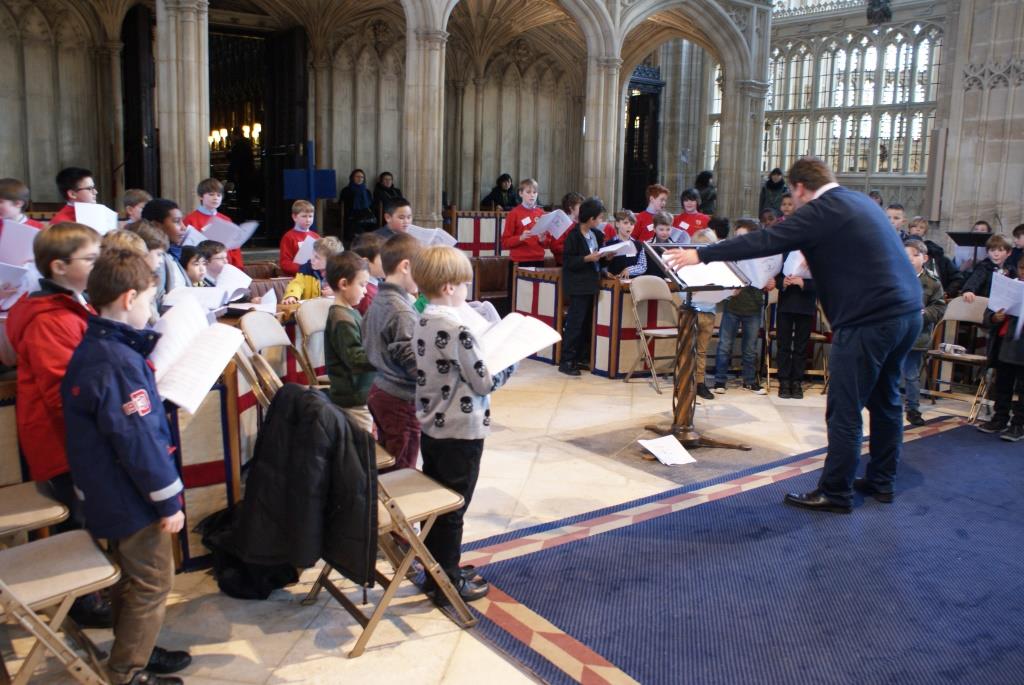 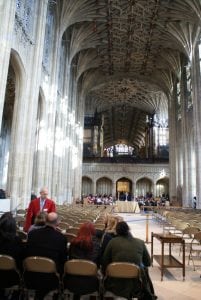 In the Chapel the boys first joined a rehearsal with the current Choristers in the Nave under the leadership of the Director of Music, James Vivian. Whilst this was going on their parents were split into four groups and given a guided tour. One group of parents can be seen in this photograph at the west end of the Nave with the boys rehearsing at the east end.

After a cup of tea in the Dean’s Cloister the boys gathered in the Quire for some more music making. They sat in the front row with the current choristers behind them; for the latter part of the rehearsal the men of the choir were also present. 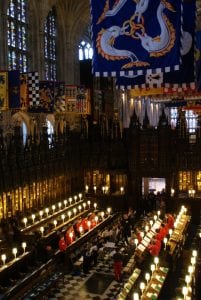 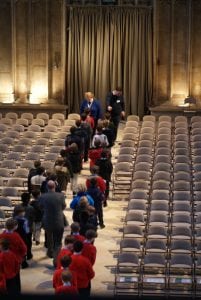 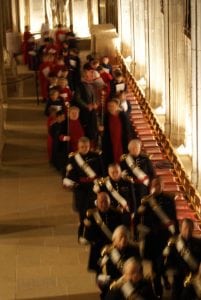 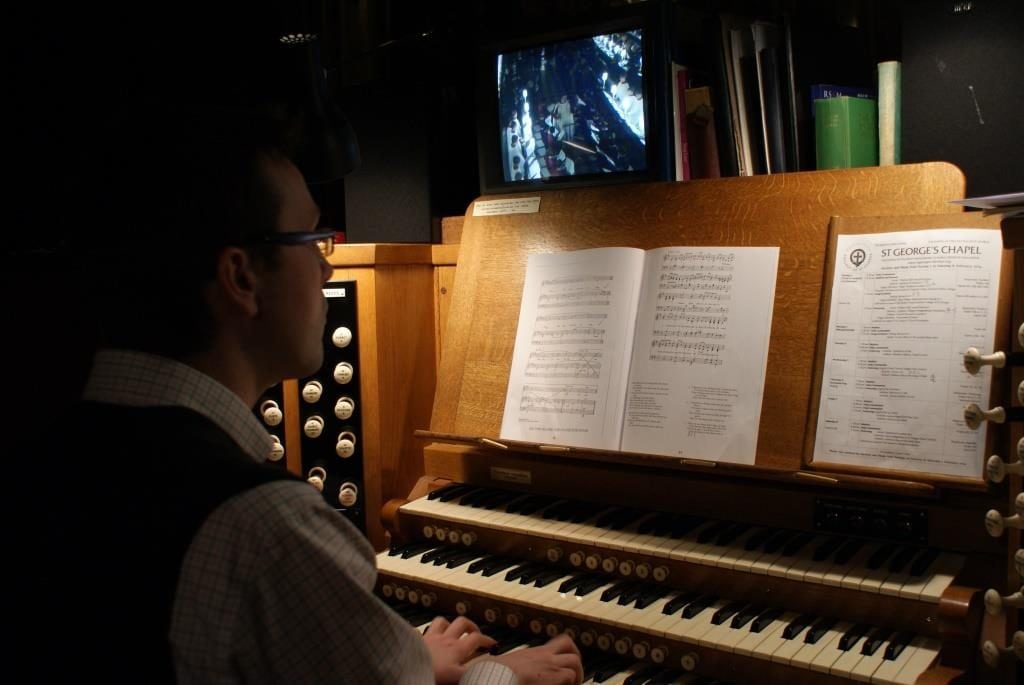 If you weren’t able to attend Saturday’s event but would like your son to be considered for a Choristership at St George’s Chapel, please email Dan Brittain, the Music Administrator, on [email protected] to request an application form. Deadline for submissions is Monday 24 February.