…a display of items from the Chapel’s Library and Archives entitled ‘Commemoration and Celebration: Princess Charlotte, Queen Victoria and Prince Albert’ which will be in place in the South Quire Aisle of St George’s Chapel until Saturday 24 March 2018.

The exhibition explores the association of the Royal Family with the College of St George from the funeral of Princess Charlotte of Wales in 1817, two hundred years ago last November, to the end of Queen Victoria’s reign in 1901, a period in which more royal baptisms, marriages and funerals took place in St George’s than ever before. This illustration shows the baptism of Prince Albert Edward (later Edward VII) at St George’s in January 1842.  Normal opening hours are Monday to Saturday 10am to 4pm; Windsor Castle admission charges apply. 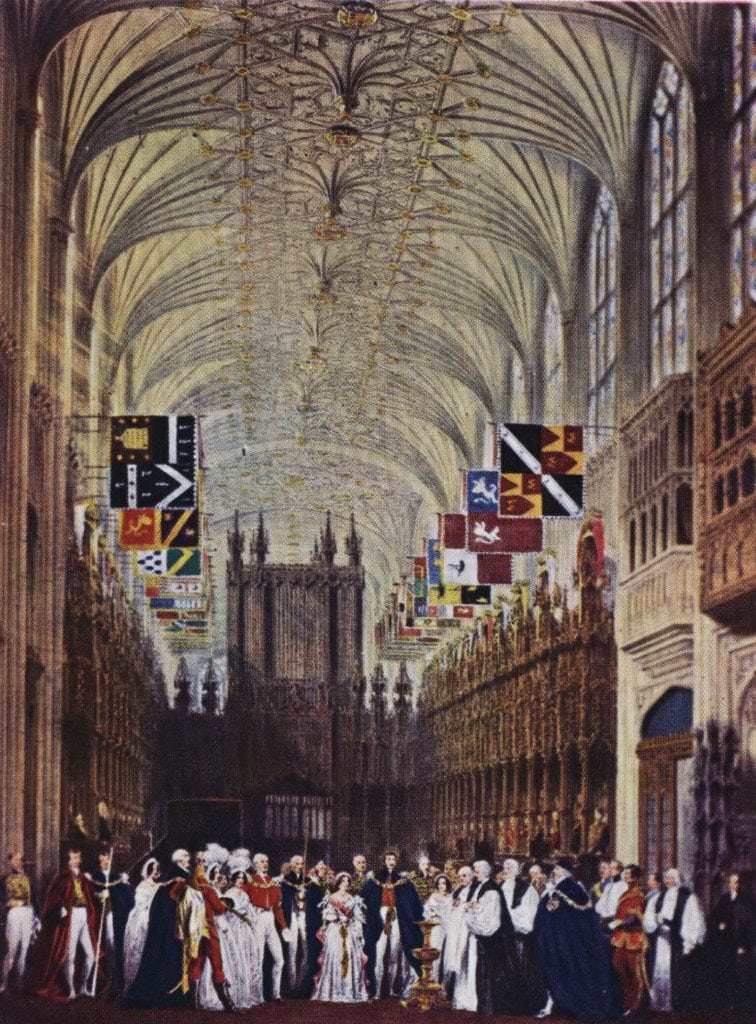