On Friday 10 June, 100 schoolchildren, including some from St George’s School,  will enjoy a very special outdoor tea party at Windsor Castle in celebration of Her Majesty The Queen’s 90th birthday.

The party will be held in the Castle’s Quadrangle, and children will be dressed in outfits representing different decades of The Queen’s life. The event will be part of Discovery Education’s live assembly, giving schools around the world an opportunity to join in the celebrations. Happy Birthday, Your Majesty, presented by Diane Louise Jordan and Joe Crowley, will be broadcast live from the Quadrangle and the Castle’s magnificent State Apartments on the birthday of His Royal Highness The Duke of Edinburgh. During the programme, the themes of British values and the Monarchy’s constitutional duties will be discussed, with link-ups between schools in the UK, India and Canada to explore The Queen’s role as Head of the Commonwealth. The broadcast will also include a live performance by the Choristers of St George’s Chapel. Discovery Education is offering free resources to encourage schools across the UK and around the world to join in the celebrations and host a tea party of their own. Schools will be able to participate in the live assembly by submitting their questions to Discovery Education via Twitter.

To watch the webcast live at 2.30pm on Friday 10 June, or at a later date, please go to www.discoveryeducation.co.uk/live 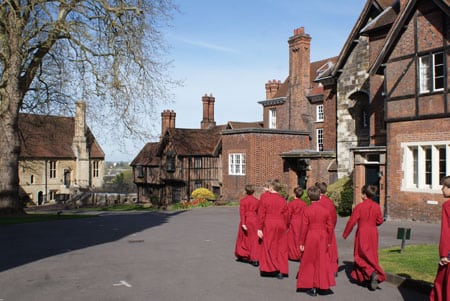