The Edward IV Chantry Chapel is at the north east corner of St George’s Chapel. It was constructed as two upper chambers in accordance with the will of King Edward IV in the 15th century. The stained glass in the two chambers ranges in both date and style but, over the centuries, some pieces had become broken, dirty and worn. The north and south facing windows were particularly badly affected. 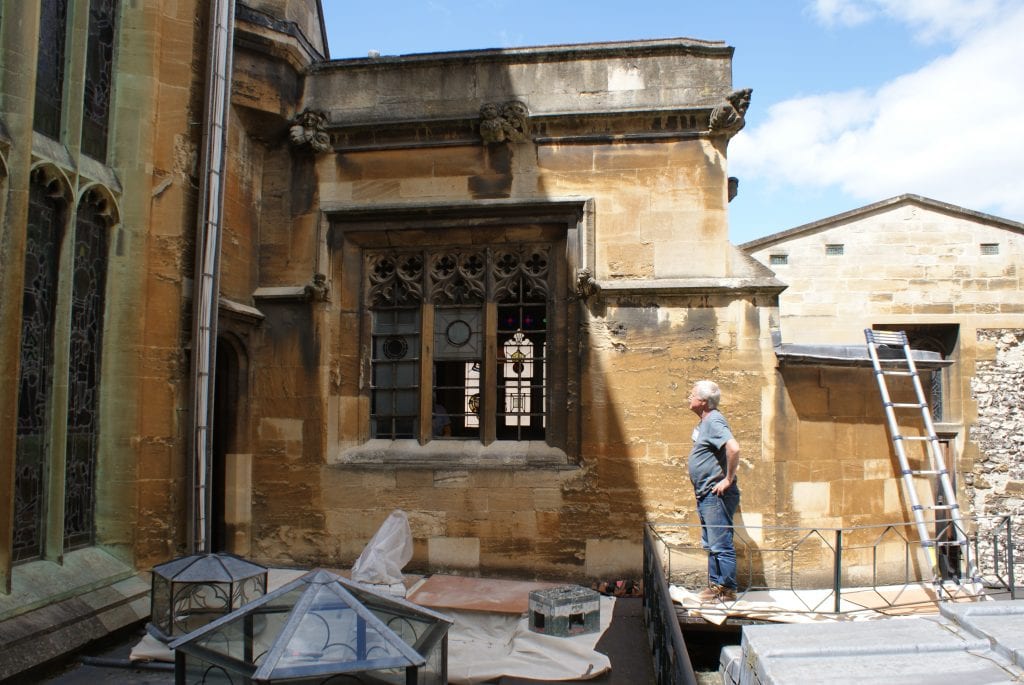 Holy Well Glass, a specialist glass conservation company, has been engaged by the Dean & Canons of Windsor to undertake the work. 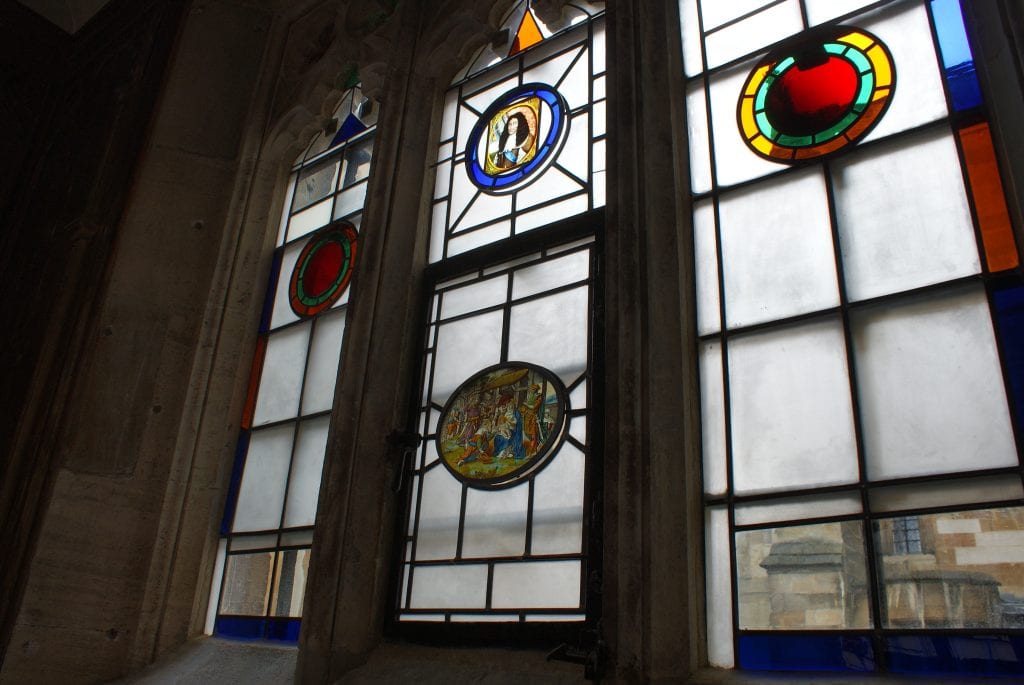 These before and after photographs of the 17th century ‘Adoration of the Magi’ glass in the south facing window show that cracks in glass can now be repaired far more sympathetically than in past days. The scene, and that of the Charles II portrait above it, was carefully re-leaded around the edge and hung with extra protection on the weather side to protect from UV light and wind flex but the breaks in the glass of the Magi scene were repaired using modern reversible techniques which are much less intrusive than previous lead repairs. 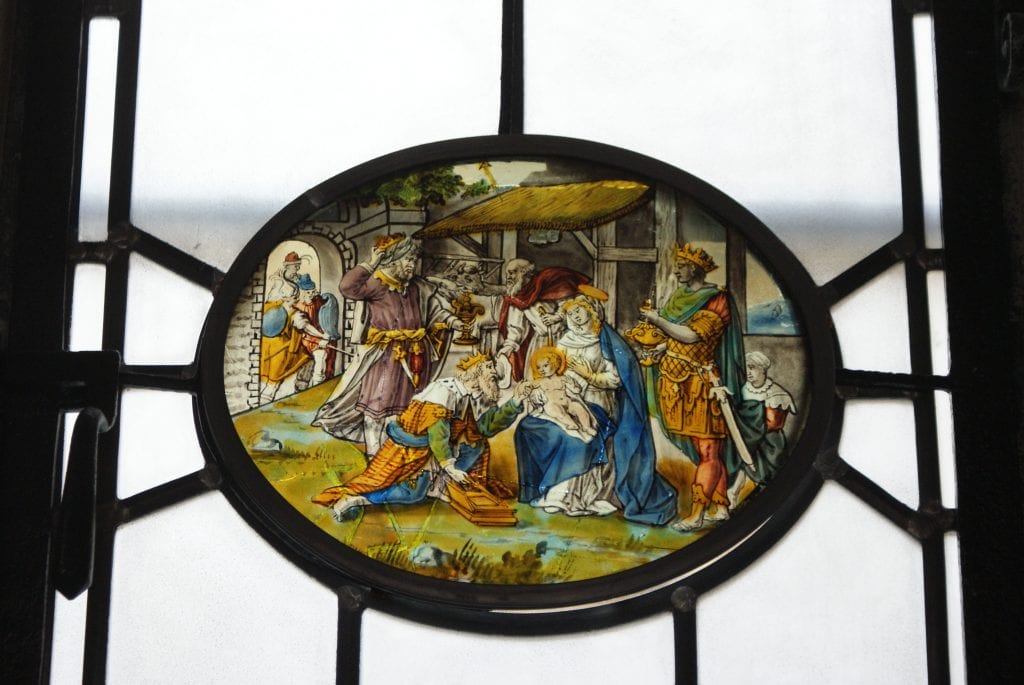 At the same time as work on the stained glass, repairs were also made to a glass lantern light well above the stairs from the vestry to the chantry chapel. 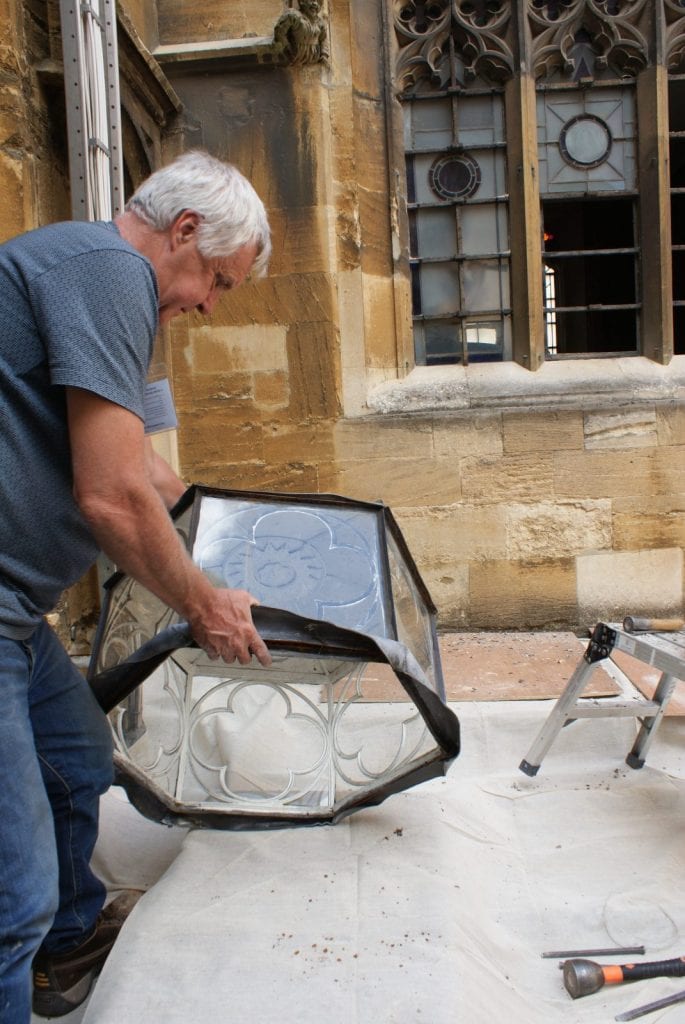 Repairs to the stonework around the windows has been checked at the same time and repairs made where necessary.