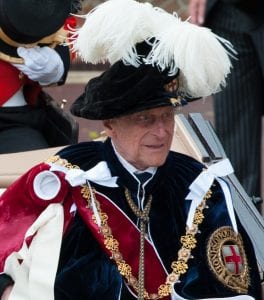 The Duke of Edinburgh and the College of St George

For the latest information and announcements from Buckingham Palace, and to send an online message of condolence, visit the Royal Family website at www.royal.uk.

The service from St George’s Chapel is available to watch on BBC iPlayer.