Cleaning of the stonework and bosses has begun in the Urswick Chantry in the north west corner of St George’s Chapel.

The stone vaulting together with the decoration, some of which is wood or plaster, has at its centre a large boss with the cypher of King George IV. This is one of the most recent bosses in St George’s Chapel as the vast majority of the 675 in total date to the 15th or very early 16th century. The photographs show a conservator cleaning around a smaller portcullis boss. The third photograph shows a test area of cleaning on an inside wall which, together with the background vaulting in the other two images, contrasts the difference before and after cleaning. The scaffolding to reach the vaulting will obscure the memorial to Princess Charlotte (George IV’s daughter and heir) for several more weeks while work continues. 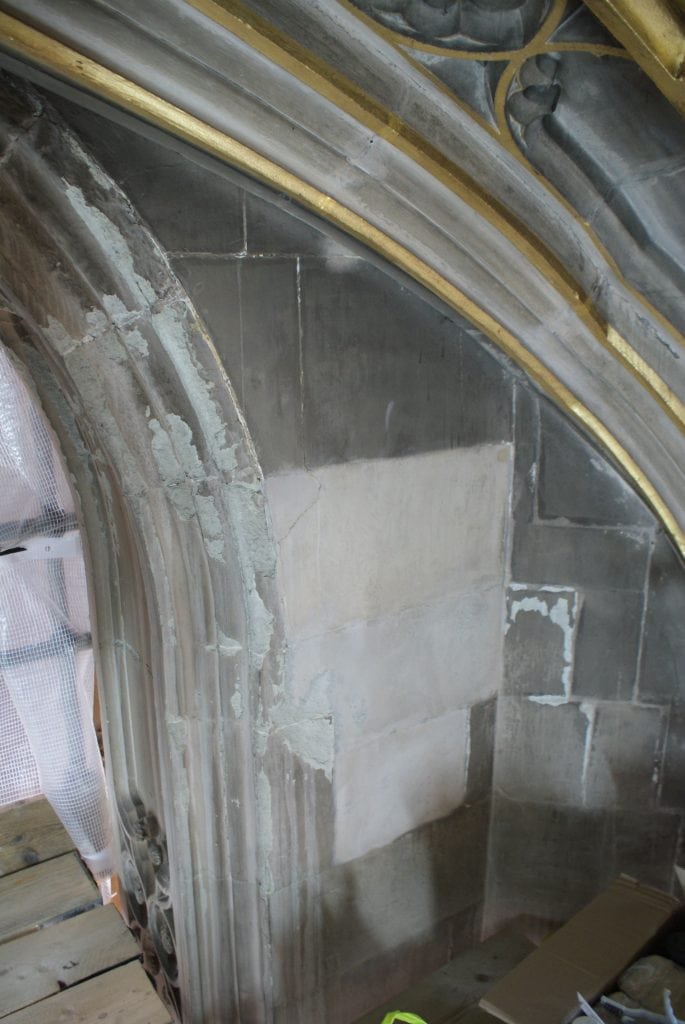